As a key figure within modern science and computing, known for helping to crack the Enigma code during World War Two and for being a pioneer of the modern computer, Alan Turing has recently been chosen to appear on the new £50 note. And rightly so!

Most well known for being the brains behind the modern computer, Turing also played a huge role in creating code-breaking machines in WW2 whilst at Bletchley Park, to intercept attacks from German U-Boats.

Turing is also known within the industry for devising the ‘Turing Test’, a thought experiment that determines the intelligence of a machine, which is still used to test upcoming artificial intelligence software. As well as this, Turing also worked alongside a team at the University of Manchester in 1948 to develop the world’s first commercially available computer known as the Ferranti Mark 1.

Prosecuted for homosexual acts in 1952, an inquest concluded that Turing’s death from cyanide poisoning two years later was suicide. A further insight into Turing’s life story and key achievements can be seen in The Imitation Game (2014), where Turing was played by Benedict Cumberbatch.

Featuring Turing on the new £50 notes is a huge deal for members of the web development industry, as Turing’s achievements are those that have forged the path for so many and has contributed largely to the society that we have today.

The new note featuring Turing’s portrait taken by Elliot & Fry in 1951 is due to enter circulation at the end of 2021, and also features a hidden message which alludes to Turing’s date of birth, as well as references to his work.

We can’t wait to see the notes being utilised throughout the UK business trade and to see a true industry legend represented. 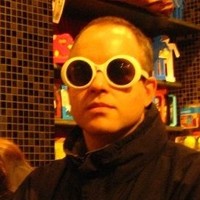 I'm a 20+ year veteran of CMS and Ecommerce projects. I'm terminally fascinated with technology and when I'm not deep in tech you'll find me with friends and looking after my son.