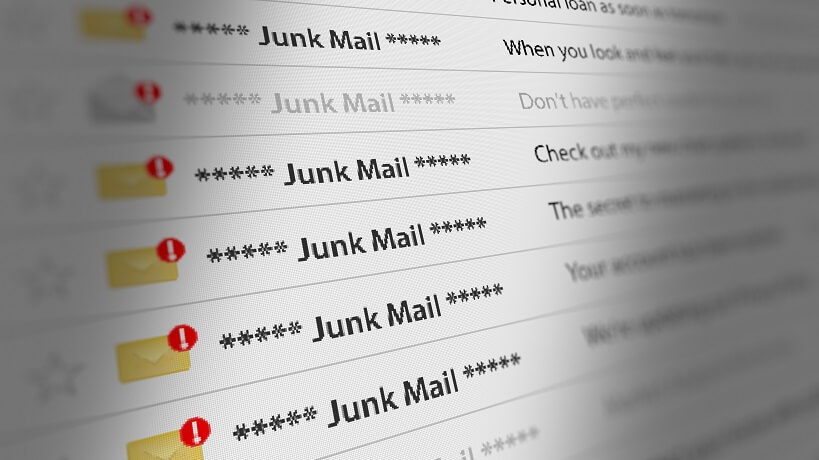 When I think of spam, two things come to mind. The first is the junk email that I get on a daily basis and the second is the hate-it-or-love-it luncheon meat. Today though, I’m going to delve into the first type, the annoying internet based nuisance.

This spam is defined as any type of unwanted and unsolicited digital communication. This is usually in the form of a bulk email. It can also be found on social media, blog comments, text messages and internet forums. However, email spam is the most threatening to consumers and the most common, with almost 84% of all emails being spam. Let me put this into numbers to show you how bad this is. On average, around 164 billion emails are sent per day, making global email traffic one of the busiest communication channels in the world. 25.78 billion of these are legitimate emails and 138 billion emails are spam. The US is the leading sender of spam emails, with China and Brazil coming in 2nd and 3rd respectively. FYI the UK is 12th on the list. The US is home to 7 of the top scamming companies in the world, the number one spot belongs to a Ukrainian company though, called Canadian Pharmacy.

The most common spam emails are advertising messages, making up 36% of all global spam. The dangerous scam accounts for around 2.5% of all spam email. Of these emails, identity theft is the goal for over 73% of these. This is way too many. I’ll get into that a bit later…

Where did the name come from?

There are two theories, both based around the luncheon meat! Spam was introduced by Homel foods in 1937 and there was a widely held assumption that it uses some sort of substitute meat. Ergo, fake meat equals fake messages, now known as spam. The second theory, which is a stretch in my opinion, links to the 1970s Monty Python Flying Circus sketch. In this sketch a group of customers sing and yell in a Spam themed restaurant, drowning out all other conversations. This links to how unfiltered spam can drown out all legitimate email in someone’s inbox.

How did it start?

The first internet spam was sent in May 1978 by Gary Thuerk, a marketing manager at Digital Equipment Corporation, a computer company.  He sent a bulk email advertising their new computer model to over 400 prospects through ARPANET, the network that became the basis for the internet. This email was incredibly successful for Thuerk, bringing in over $13 million in sales. There was immediate backlash too though, as Thuerk stated himself that ‘complaints started coming in almost immediately’. An ARPANET representative even reached out to him to make him promise to never do it again.

The growth of spam to how we know it today

Spam started to reach huge proportions by the 90s and our inboxes started to get overwhelmed. 99’ saw the first mass mailed virus, named Melissa, spread through macro-enabled Word documents. It spread by hacking into the victim’s contact list and further spamming everyone they knew. According to the FBI, $80 million worth of damages was caused.

Anti-spam legislation wasn’t put in place until the 2000s, when governments around the world started to get serious about regulating spam. All members of the EU and UK have laws in place that restrict spam. In 2003 the US put in place a set of laws called the ‘CAN-SPAM Act’ (a cheeky nod to the edible kind). All these laws enforce restrictions on the sending behaviour, content and make it mandatory for there to be an ‘unsubscribe’ option in all email communications. Under these laws, the top scammers were prosecuted, with some getting years of prison time and huge fines. As well as these laws, the main email providers, Microsoft and Google, worked to improve their spam filtering technology. One thing of note was Bill Gates famously predicting that spam would disappear by 2006. Unfortunately Bill was wrong.

Nowadays email scammers rarely go to jail as they find loopholes in these laws and scam is still ever present. With the use of bots, scammers have to put in little effort, with the potential for a fortune to be made.  You would think that not many people actually reply to these scam emails. However, it only takes a few for the people behind these scams to make a lot of money. There was a study between the University of California and Berkeley which observed a botnet in action. It found that the operators of the botnet sent out over 350 million emails per month and out of these, 28 were replied to and sales were made. The conversion rate is tiny at 0.00001%. However, if they continued to send this out over a year, they would make $3.5 million!

If you want to know more or need help with anything spam related, get in touch with us!