On this day 13 years ago, Google introduced the first commercially available smartphone that used the Linux based Android operating system.

So let’s go back to where it all started, 2005 when Google purchased Android Inc for $50 million. When it came time for Google to enter the smartphone market, instead of being the hardware manufacturer, it marketed Android to other manufacturers. Google’s aim was (and still is) to be an open-source alternative to iOS, allowing any manufacturer to make their own handset using the Android operating system framework. This caught the eye of HTC, which then released the HTC Dream (also known as the HTC/T-Mobile G1) in 2008.

The HTC Dream came with 192 MB of RAM, 256 MB of ROM and 16GB expandable storage via MicroSD. It had a 3.15MP back camera with auto-focus. The touch screen was 3.2 inches with a resolution of 320 x 480 pixels, and supported capacitive touch but not multi touch. That might not sound like much by today’s standards, but the screen actually received praise and was good for a 2008 phone. One thing that has actually come full circle, is the lack of a 3.5mm headphone jack. The Dream had a ExtUSB port instead and an adapter could be used to connect regular 3.5mm headphones.

When it came to the hardware, the HTC Dream didn’t really stand up to its main competition at the time, the iPhone 3G. The Dream was quite bulky with a plastic, somewhat boring design. It was relatively heavy for a smartphone and had a slider keyboard with small keys.

Where the HTC Dream shone though was with its software, Android v1.0. The operating system offered a customisable user interface and integration with Google services such as Calendar, Gmail, YouTube and Maps. The calendar and contacts apps both synced with Google Calendar and Google Contacts too which streamlined the user’s experience. It also had the Android Market (now called the Google Play Store) which consolidated all apps available. Even though Apple beat them to it by launching the App Store a couple months earlier, they were both considered pioneers in centralising all apps, something we can’t imagine not having now. One thing that Android beat iOS to was the pull down notification system which has stuck till today.

The innovation really came with the fact that the operating system was open source, which allowed modifications and quicker development. Because of this, the Dream was also able to be upgraded to the newer versions of Android, with new improvements and features. Developers were able to mod and root the phone (parallel to ‘jailbreaking’ on iOS devices), leading to communities like XDA, which some say is the heart and soul of Android. This rapid development has brought us here today, awaiting Android version 12.

Even though there were many criticisms for the HTC Dream, it was just that, a ‘dream’ of exciting developments in the mobile world, that clearly came true today. Android OS has defeated the likes of BlackBerry, Palm OS and Windows Phone, with Apple’s iOS the only serious competitor.  As of May 2019, over 75% of smartphones available in the market run on Android, with Apple’s iOS coming in second with a 22.7% share. This just shows the global dominance that Android has, and how far it has come in a relatively short amount of time. 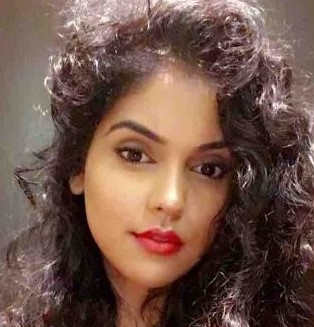